Prohibition in the Borderlands: Economic Development of Border Towns and the Racialization of Mexicans

This paper examines the lasting effects that the United States Prohibition had on the economy and culture of the Mexican borderlands. The National Prohibition Act was enacted in October 1919 in order to stop the consumption and manufacturing of alcohol that had wreaked havoc on the lives of American people. However, many citizens felt that this was an attack on their freedom so they sought their vices on the other side of the border. The impact of American tourism during prohibition lead to the rise of border vice districts that continues to control the borderlands. By examining the overall effect this period of time had on the borderlands, I will be able to have a larger understanding of the development of these towns and the racialization of the Mexican people that occurred through the changing culture. With the use of historical archives from 1910-1930 from both countries we will be able to examine the factors that lead to these district changes. The attitudes of the American people during this period of time lead to the belief that “anything goes down in Mexico” so migration seemed like their best option. For Mexican communities, they welcomed this tourism because of the boost it would bring to their economy. Something they desperately needed to recover from the Revolution that had just taken place. With my research, I will be able to show how this border vice phenomenon occurred from the needs of both countries. 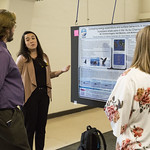